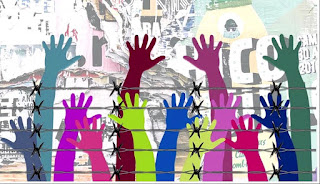 Hyderabad, Mar 26 (PTI): The Election Commission of India is working with IIT-Madras on using Blockchain Technology for remote voting and considerable development in that direction is expected by 2024 General Elections, Chief Election Commissioner Sunil Arora said on Friday here.

Interacting with Indian Police Service (IPS) probationers at the Sardar Vallabhbhai Patel National Police Academy here, he said though 'One Nation One Elections' is desirable, it is difficult to achieve it as it requires amendments of existing laws and political consensus.

'We are doing a project with IIT-Madras, Chennai, and some of the eminent scientists. We are doing a Blockchain project. We are very hopeful by 2024 Lok Sabha elections you will see a lot of fundamental differences the way we (Election Commission) is working, including this (e-voting),' Arora replied when asked if the EC is working to introduce app-based e-voting for the convenience of citizens to vote remotely.

He said the EC is also working on linking Aadhaar card with voter id as part of electoral reforms.

On 'One Nation One Election,' he said the existing laws will have to be amended to undertake that gigantic exercise which also requires political consensus.

'It's a desirable goal, difficult to achieve till the basic laws are amended...Unless you align the life of Parliament with the life of the state legislatures by amendments of the law...You also need certain political consensus across the spectrum,' he said, when one of the probationers asked if 'polls for all at one go' is possible.

He welcomed the NPA's move to send the trainee IPS officers to poll-bound states of West Bengal, Assam, Kerala and Tamil Nadu to understand the election process at the ground level.

West Bengal has law and order issues virtually on a day to day basis forcing the EC to appoint two senior officials as Police Observers while Assam has issues on the border, he said referring to the poll-bound states, the EC said.

As Tamil Nadu is an 'expenditure sensitive' state, the Commission has appointed two Special Expenditure Observers who have excellent domain knowledge and impeccable career record, to curb money flow during the polls, he added.PTI GDK SS PTI PTI