Researchers at Singapore university have created an ultra-light aerogel which can pull clean water from air without using an external power source. 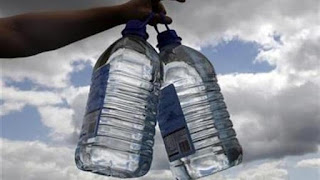 Researchers at the National University of Singapore (NUS) have created a substance that pulls water from air without using any external force, according to a study published in Science Advances.

The team of researchers at Singapore university has created an ultra-light aerogel that works like a sponge that does not need a battery. The aerogel pulls water from the air but it doesn't need to be squeezed to extract the water from it.

According to the study, about one kg of aerogel will produce 17 liters of water. The sponge-like aerogel is made up of polymers. The polymers extract water from the air. The study says the aerogel attracts water molecules from the air, condenses them into a liquid, and lets out the water.

On a hot day, the aerogel acts even more quickly. It turns 95 per cent of the water vapor from the aerogel into liquid water. The researchers have ensured its water complied with the drinking water standards of the World Health Organization (WHO).

"Given that atmospheric water is continuously replenished by the global hydrological cycle, our invention offers a promising solution for achieving sustainable freshwater production in a variety of climatic conditions, at minimal energy cost," Professor Ho Ghim Wei from the NUS was quoted as saying.