Why Amazon Luna can succeed where Google Stadia failed 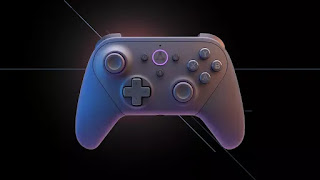 When Google Stadia was first announced, it promised to change the way we consumed video games forever. It only took one tweet to destabilize all the hype.

"Here is my Google Stadia review in one GIF," said Washington Post journalist Gene Park in November 2019, just before the product was launched. He pushed the space bar on his keyboard to jump in-game and looked back in mock joy as it took Stadia almost a full second to register it.

With Google Stadia, it's safe to say, mistakes were made. But latency issues aside, Stadia was a tough sell from the start, sandbagged by a business model that was far more traditional than we expected.

We expected the Netflix of games, a gigantic suite of video games for a low monthly fee. In the end we got something way stranger: a hamstrung, piecemeal selection of mostly mediocre games for free and an invitation to pay -- practically full-price -- for recently released video games like Doom Eternal or Red Dead Redemption II. So pretty much a complicated, confusing Xbox or PlayStation where you stream video games instead of downloading them.

Hardly the future-facing revolution we were hoping for. In the wake of its lackluster launch, Google Stadia has gone the way of Ouya. Great idea, surpassed in execution by Game Pass, a service on the Xbox One, that only recently allowed people to stream games via its "Ultimate" subscription but, outside of that, has made great strides in a long-term battle to become the "Netflix of Games."

In 2020 Google Stadia is something of a ghost town.

In the face of that failure, Amazon this week announcing and eventually launching a service like Amazon Luna -- which appears superficially similar to Stadia -- seems like an insane idea. But even at this early stage it appears as though Luna has learned from the mistakes of Google Stadia, and that alone gives it a far greater chance of success.

To begin with: the model. Amazon Luna will launch with 100 games available to play for a $5 monthly subscription. Google Stadia currently offers 25 free games with its Stadia Pro service, and that list rotates monthly.

Amazon Luna's offer appears to be leaps and bounds above Stadia's and -- crucially -- doesn't muddy the waters by asking you to pay additional cash for new releases.

Perhaps more importantly, Amazon appears to know its role. Marc Whitten, vice president of Amazon's Entertainment Devices and Services, seems keenly aware that Luna isn't competing for the audience endlessly refreshing preorders for the Xbox Series X or PS5. Luna is about lowering the barrier to entry for video games, providing the least possible path of resistance for a broader demographic of more casual (or lapsed) gamers who just want a convenient, easy way to burn free time.

For that crowd a nice round 100 games is a sweet spot. It's competitive with Game Pass, which plays host to a similar number: more than any casual player would ever have time to play, but enough to provide a semblance of choice. Within those 100 games, you suspect, there'll be something for everyone.

But there is an opening here. Luna's timing couldn't be better. Thanks to limited console launch numbers, there's a massive amount of people who will go wanting for a new Xbox or PlayStation. It's easy to imagine those people experimenting with a Luna subscription instead, particularly those with Amazon Prime subscriptions and credit cards already attached to Amazon's extensive ecosystem. With Luna, Amazon has a real opportunity to succeed where Google has failed.

At the very least it seems equipped to outperform Google Stadia.

The elephant in the room, of course, is Microsoft and xCloud. xCloud is Microsoft's version of Stadia or Luna, a service that allows players to stream video games directly to laptops, TVs or mobile devices. After launching in beta back in late 2019, xCloud became officially available to Xbox Game Pass ultimate subscribers this month. It's a crucial part of Microsoft's plan to dramatically grow its subscriber base beyond console owners.

You get the sense that only Microsoft, Google and Amazon have the infrastructure to pull off game streaming effectively. Of the three, Microsoft has the most experience. It also already has 15 million subscribers attached to Game Pass.

It could be a rough ride for competing services like Luna and Stadia. Both Amazon and Microsoft seem to be playing in the same space. A large subscription base is the obvious endgame here, and the battleground is mobile devices like laptops, tablets and phones.

Microsoft is the clear favorite, but if Amazon learns from the mistakes of Google and relies heavily on the grunt of existing services like Amazon Prime to push things forward, it could be a shoo-in for second place. And if the chips fall in Amazon's favor, maybe the battle to become the Netflix of games isn't as clear-cut as we once thought.