NASA and US Space Force team up for planetary defense, moon trips and more

NASA and the United States Space Force are banding together for the future of human spaceflight.

As the agency moves forward with its Artemis program, which aims to return humans to the lunar surface by 2024, NASA is also working on its relationship with the newly-minted Space Force, which was formed Dec. 2019. Today (Sept. 22), NASA Administrator Jim Bridenstine and U.S. Space Force Chief of Space Operations Gen. John "Jay" Raymond announced a memorandum of understanding (MOU) between NASA and the U.S. Space Force.

This agreement officially joins the two entities in collaboration with regard to "human spaceflight, U.S. space policy, space transportation, standards and best practices for safe operations in space, scientific research and planetary defense," NASA said in a statement. 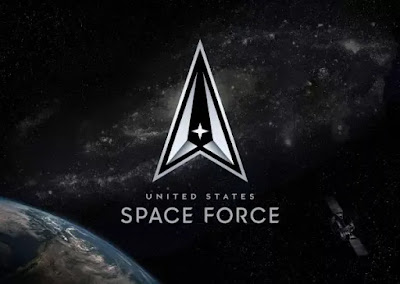 NASA and the Space Force have penned this MOU to "affirm a strong interest in continuing their longstanding partnership for mutually beneficial collaborative activities in furtherance of space exploration, scientific discovery, and security," the MOU reads.

While NASA is focused on exploration, science and technology, the Space Force is a military operation. But while the two have very different missions and overall goals, "we share the same domain and we're operating in the same environment. So there's a lot of synergies, a lot of overlap," Bridenstine said today during a Mitchell Institute virtual event.

"NASA and the military share a long history dating back to the late 1950s; there is power in our partnership," Raymond said in the same statement. "A secure, stable, and accessible space domain underpins our nation’s security, prosperity and scientific achievement. Space Force looks forward to future collaboration, as NASA pushes farther into the universe for the benefit of all."

"In the case of NASA, it's way more than just sharing data ... we sit on the floor together, we do the analytical work together, it's a partnership that is really, really tight," Raymond added during the event today.

While NASA doesn't dabble in military power and defense, the agency, especially now with this collaboration, is an integral piece of National power, which comprises diplomatic, informational, military and economic powers, in the U.S., Bridenstine explained.

"We are an instrument of national power," Bridenstine added. "It is soft power, it is diplomatic power, information power, economic power," he said about NASA's role in working with other nations in space through ongoing programs like the International Space Station, the steps the agency has taken in commercializing space and more.

In "securing" space, NASA aims to, with the support of the U.S. Space Force, "have their international collaborators "agree to basic norms of behavior," which will ultimately be "what will preserve space for humanity," Bridenstine said.

With this MOU, the agency and the military branch aim to adhere to the Outer Space Treaty but take it even further, by collaboratively creating these "norms" so that, as companies and space agencies work to launch their own missions to space, they take into account "what are are the norms of behavior that all nations need to abide by in order for us to be able to sustain space for a long time," Bridenstine said.